Development velocity is highly impacted by technology advancements. Cloud infrastructure, operating systems, coding languages, frameworks and packages can be force multipliers for engineering teams, enabling them to compete in this high-paced era where "software is eating the world"1. An architectural choice can be critical when it cements how things are going to be done for a long period of time.

When you start a new project, you usually use the most modern and cutting-edge technology stack, however, technology can get old very fast, and without having the option to leverage future technology advancements does not only inhibit software development velocity but more inadvertently, makes room for competition to pass sweef and "eat your lunch"2.

The more complex systems get, the more vulnerable they are to failures. The fear of failure causes a set of decisions that can further reduce the development velocity. Microservices are built for resilience, limiting the failure impact allowing service continuance while remediate is in force.

Microservices as a Future Proof Architecture

The ability to leverage future technology advancements when they arrive

While small upgrades (e.g. newer versions of libraries that are being used as part of the code base and newer versions of the operating systems) are sometimes possible, more radical changes can be challenging or even impossible to implement. Sometimes even these small updates can become challenging. For example, you can get stuck at a certain version of Redhat Linux because one of the components you are using isn’t supported by a newer version, leaving you on an older version of the operating system.

When you can’t leverage new technology advancements, development velocity slows down and engineering teams usually consider refactoring which is a very expensive operation, especially at the later stages of the SDLC.

Microservices as a Resilient Architecture

The ability of a system to "provide and maintain an acceptable level of service in the face of faults and challenges to normal operation."3

A failure in a Microservice architecture is likely to occur in one of it’s microservices causing it to fail. Even without an orchestration mechanism like Kubernetes, the blast radius is contained arround the failed microservice, allowing the rest of the system to potentially continue operation.

As an example, in the past we used to spend a lot of time avoiding memory leakage, today there is a higher tolerance to memory leaks as when the service fails the orchestration module will re-start the service.

Due to the fragmented nature of a microservice architecture, the risk of a local failure impacting the entire system is reduced and can be managed easier.

Advice #1: Avoid marrying a single techstach in order to maintain control and be able to react and adopt new technologies when they arrive. 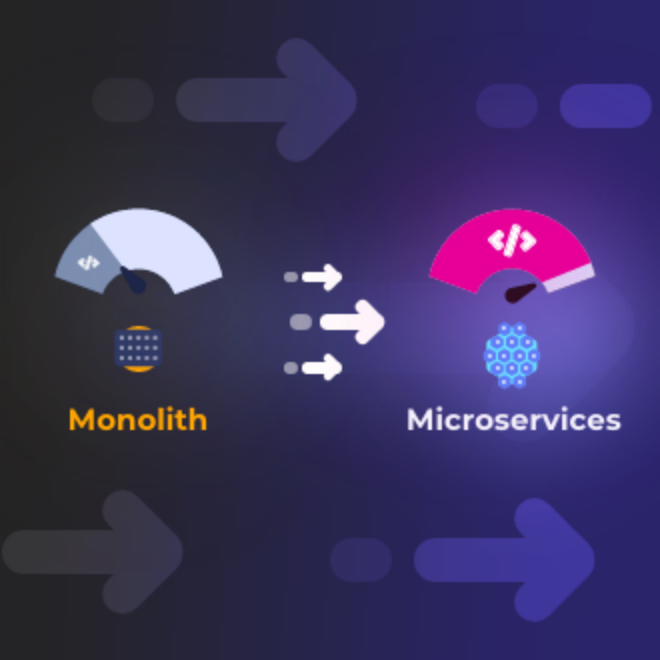 Alon Girmonsky
Microservices Vs Monolith at Different Stages of the SDLC
Microservices can be an overkill to start with, but is beneficial once the software becomes feature rich, enabling agility and making the software easy to evolve.